Just like any ordinary Monday, I was going through client accounts, making improvements and mining data for weekly reports. As I was deep into an analysis, the phone rang.

It was a Google Representative apparently from a team that wanted to know more about my PPC efforts. Yup, he was calling a marketing agency to ask about what we’re doing to market our own business in PPC.

He seemed like a nice guy, so instead of hanging up on him, I gave him my honest answer. For the sake of this article and confidentiality I’m going to just name him “Google Guy”. The conversation went something like this:

Google Guy: “Hi Roger, I work for a PPC management team at Google and was wondering what your current Adwords strategy was and if there is any way we can help you in your efforts.

Me: “To be completely honest, I haven’t done much other then set up a couple campaigns. I started this business a year and a half ago and have been extremely busy as I continue to gain new clients by word of mouth – I haven’t even really pushed any marketing yet”.

Me: “Well this is actually what my business does. We manage PPC accounts on top of many other services.”

Google Guy: “Well consider this free labor! We will help you and offer insights and take some of the work off of you to help you get going on Adwords PPC.”

Me: “OK, tell me which e-mail I need to invite to have access to my account. Feel free to build your own campaign and/or give me feedback on mine, and I’ll spend $66/day.”

You Might Be Thinking – Did You Just Let Google Sell to You?
Well, no. Here are the reasons why I decided this was worth the shot:

I gave Google free reign to do what they thought was best. The only thing I told them was that my goal was to maximize online leads. Google always tells you that you’re missing out on “Impressions and clicks”. Of course you are, you could bid on any word in the dictionary to bring in more impressions and clicks, but that doesn’t mean it’ll drive leads and revenue!

My Own Evaluation
They decided to start with Connecticut only (where my company is based). This is obviously reasonable, let’s start with the most targeted place first! I took a look through the campaign they built. Here’s what I discovered:

Problem #1 – Display Select
The first thing I noticed was that this was a display select campaign. Best practice is to split display away from Search and bid on them separately. Here’s the display ad they created: Digital Position Display Ad Well isn’t that the most generic and boring display ad you’ve ever seen? Snnoorrreeeeee…….

Problem #2 – “Conneticut”
Ok call me the grammar police and I know I’ll still show for the proper spelling anyway, but they mis-spelled Connecticut and I found it hilarious.

Problem #3 – A Ton of Missing Features
On top of the previous 2 problems, there were a LOT of features that simply weren’t being taken advantage of.

The sitelinks weren’t enhanced
There were no remarketing lists (despite having remarketing audiences installed!)
There was no ad schedule
The ad delivery was set to “optimize for clicks” (not conversions)
There was no income targeting
There was no mobile bid modifier.
Many more!
Summary
With a quick overview I noticed these big problems as well as many others. What was obvious was the haphazard attempt this Google team made to actually drive me any meaningful leads. After all, all they needed was for me to spend money and they’d make money right?

Either way, despite the obvious issues I noticed, I let Google run their own campaign for the first week.

The Results
At first, I wasn’t getting any traction. No clicks, only 97 impressions. I talked to the Google Guy, and he suggested widening the demographic a bit (not just CT), so I allowed him to do the Northeast. Funny thing was, as we were talking, after a week of ZERO clicks, I got 1 impression and 1 click DURING our conversation. The Google Guy actually clicked on my ad and cost me money! Are you kidding me?! I sent him an e-mail after I noticed this:

Google Guy did not respond, which is all I needed to confirm my suspicion. They would actually click on my ads and cost me money?! Unbelievable!

Once we got traction the following week, my thoughts were confirmed. Google spent almost $400 of my money in 7 days, without generating a single lead:. Funny thing was, out of the 74 clicks, only 7 came from search! They were spending 90% of my money on display ads. I couldn’t even evaluate my placements (which sites I was advertising on) because it was a “display select” campaign.

They spent money on broad, general keywords and even some that were completely irrelevant:

This Team Hurts Google
I can’t tell you how many business owners I talk to that simply say “Google Adwords doesn’t work”. Well no wonder why they think so – they’re either doing it on their own or they’re letting Google tell them how to set up and manage their accounts!

This is counter-productive, because not only does Google Adwords get a bad reputation with these companies, but they’re trading a short term cash flow for long-term problems, not to mention the labor cost of employing a team for these shenanigans.

Google isn’t going away any time soon, but imagine how many more advertisers there would be if Google didn’t continuously screw these companies out of their money for un-targeted traffic.

What I Learned
Goes without saying, but I turned the campaign off, told the Google rep not to spend another dollar and that I would no longer need their “services”. I learned very quickly just how horrible of a service they offer and it makes me really concerned that this type of mismanagement is happening every day to unsuspecting companies.

I got an interesting negative keyword list out of it, but besides that, my main takeaway is that I know just how valuable good PPC agencies and managers really are. This truly isn’t something you can “do on your own” or “let Google manage for you”. Ultimately, PPC management is the same as any other technical skill – it takes years of experience and proper learning to understand the best ways to manage these accounts.

Google is really far off from making this a self-management platform, which only helps the sustainability of Digital Position and other businesses just like it. 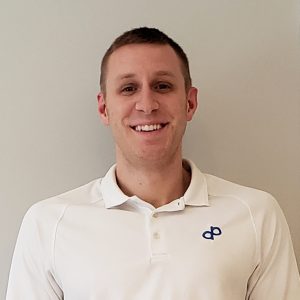