In a further step to push advertisers toward smart bidding & automation, Google has announced the Broad Match Modified match type will be going away. This move aligns with their previous moves in 2018 to essentially make Exact Match not Exact Match by allowing “close variants” to “connect more people with what they’re looking for” (translation: advertisers will spend more money).

In a perfect world, this move would make sense if you could trust Google’s algorithm to bid in your best interests. However, it simply doesn’t and thus advertisers are forced to adapt in new ways to this shifting landscape.

Below I’ll outline why advertisers are worried about giving up more control, what is changing, and what you should do about it.

Why Advertisers are Worried about Giving up Control

In the last 5 months, Digital Position has been forced to deal with 3 separate blatant bot attacks on our client’s Google Ads accounts. In the first 2 instances, we were able to get full credits for over $10,000 each because we could obtain the IP addresses of the traffic. Google effectively did not filter out this traffic, but eventually processed refunds because we could prove it.

The third time, one of our clients on Shopify could not provide the IP addresses because Shopify only stores them for 30 days (which passed by the time Google got back to us & Shopify responded to us).

Google’s tCPA bidding model, over a weekend, spent over $20,000 on completely fraudulent traffic that it KNEW was unqualified.

First, we were told that invalid clicks don’t happen in smart shopping. We proved that wrong:

Then, we were told that the “algorithms are allowed to spend up to twice the budget if there’s an opportunity”. Well, we were able to show that the conversion probability in Google Analytics illustrates that this traffic was incredibly unqualified. With a conversion probability of 7 on average, it tanked to 1 over this weekend as Google flooded the account with what it knew to be unqualified traffic:

Safari also jumped to 94% of the traffic magically during the same time (typically ~40%):

I can go on an on, but you get the point. In this example, Google argued even after escalation and being on a call with them that “it’s technically not fraudulent traffic”.

As a result, we were forced to move the shopping campaign to tROAS to regain more control, and also implement ClickGuard, a software that in real-time (or close to it) detects invalid or high bounce rate clicks and blocks the IP’s in your account. We as the advertiser had to take back control from Google’s reckless behavior.

Google has also illustrated to us that when using automated bidding strategies, they’re inflating bids beyond what needs to be paid to capture certain clicks. This is something that, without an in-depth knowledge of PPC, most would not even know about. As long as Google achieves the goal you give them most advertisers are happy, but they don’t know that there’s inefficient spend happening within there!

I’ll let our case study do the talking here for Carpe. In that case study, we were able to leverage max CPC limits to save over $33,000 for the client. We found that branded CPC’s were being wildly inflated unnecessarily to capture clicks. When we introduced max CPC limits, we reduced branded CPC’s by 61% while maintaining the exact same amount of top line revenue. Insane!

I could of course give many more examples, but these two were very glaring ones that illustrate just how raw Google’s algorithm is. Too often we have to add hundreds of negative keywords to stop Google from bidding on completely irrelevant things. As advanced as we think their algorithm is, it still has many drawbacks. The convenient fact of all of these examples is that in every one – Google makes more money by capturing more clicks. Advertisers see a pattern of Google not doing what’s in the best interest of advertisers, and this scares us.

Google actually did a pretty decent job at explaining this to those who understand PPC in their help article. Here are the most important facts:

*This is Google’s image from their help article, not Digital Position’s

What You Should Do About It

For Digital Position, we largely utilize exact match and BMM so this doesn’t really affect us all that match. In fact, we believe a proper account structure should utilize “performance spend” (bidding first and foremost on what we KNOW works) and “marketing spend” (spend geared toward finding new performance terms). If you’ve got a sound structure in place, this should be mostly a non-factor.

The biggest concern are phrase match terms where if the order changed or words were injected between would completely change the intent.

For example, “Digital Position” is our brand name. We have that term as a phrase match in our account. Phrase match previously would allow us to serve on only search queries that contained that phrase exactly. Now, it can serve on “Position of Digital Thermometer” for example – and we have no doubt Google will spend money on ridiculous irrelevant terms such as this, so we’ll be refining our account.

Evaluate all your phrase match terms – do they work as a BMM? If so, you’re good. If not, either move them to exact or label them to monitor closely!

After all the dust settles, for Digital Position this will mostly be a non-factor. However, for those advertisers & agencies heavily reliant on phrase match this could be a big deal and cause quite the stir in the community. The more important thing to us is that the precedent has been set some time ago and has continued for Google to remove control from advertisers and force data to be hidden from our view. Less control makes it more important that you have an experienced agency that knows how to think out of the box to come up with solutions! 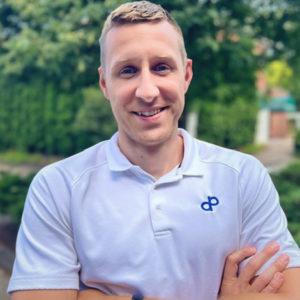